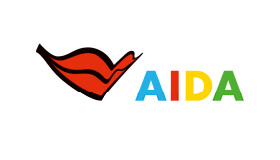 In the beginning, there was the idea of the holiday at sea beyond the traditional cruise, without traditions and conventions. Active and casual at the same time – this was the idea of the first cruise ship of AIDA Cruises – an absolute novelty on the cruise market curiously viewed from competitors. The success story of this holiday took its course with AIDAcara in 1996. As a tour operator and cruise line, AIDA Cruises now offers fascinating holiday experiences worldwide in destinations such as the Mediterranean, Canary Islands, North and Baltic Sea, the Caribbean, Central America, North America, Asia and Dubai.